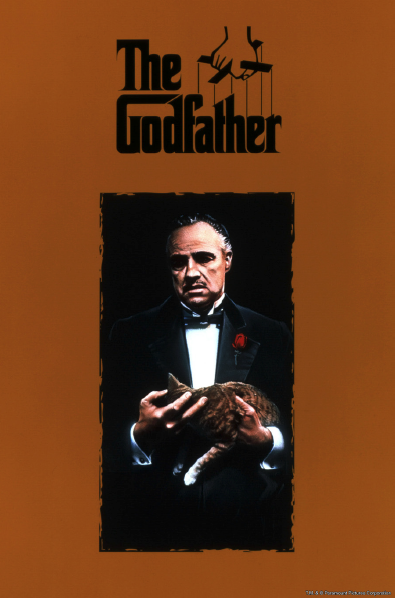 Vito Corleone is the aging don (head) of the Corleone Mafia Family. His youngest son Michael has returned from WWII just in time to see the wedding of Connie Corleone (Michael's sister) to Carlo Rizzi. All of Michael's family is involved with the Mafia, but Michael just wants to live a normal life. Drug dealer Virgil Sollozzo is looking for Mafia families to offer him protection in exchange for a profit of the drug money. He approaches Don Corleone about it, but, much against the advice of the Don's lawyer Tom Hagen, the Don is morally against the use of drugs, and turns down the offer. This does not please Sollozzo, who has the Don shot down by some of his hit men. The Don barely survives, which leads his son Michael to begin a violent mob war against Sollozzo and tears the Corleone family apart.

Tickets are $5.00 and will only be available at the box office 45 minutes prior to each showing. Doors will also open 45 minutes prior to each showing. Please be assured the safety of our patrons and staff is our first priority. We will continue to follow guidelines set out in response to Covid-19. With that being said we encourage you to stop in, grab some snacks, and enjoy some classic movies with us as we look forward to the rest of 2020 and the future here at Robins Theatre.